Lowry’s flying activities ceased on 30 June 1966. In 1991, the government’s Base Realignment and Closure (BRAC) commission recommended closing Lowry AFB. Lowry AFB had been home to over one million airmen during its existence, including not only America’s finest men and women, but students from over 29 foreign countries were provided training at Lowry AFB through the military’s MAP program. On 30 September 1994, the United States of America’s flag was lowered for the last time in front of building 349, the Base Headquarters building, and Lowry AFB ceased to exist as a government installation, ending 57 years of training excellence. 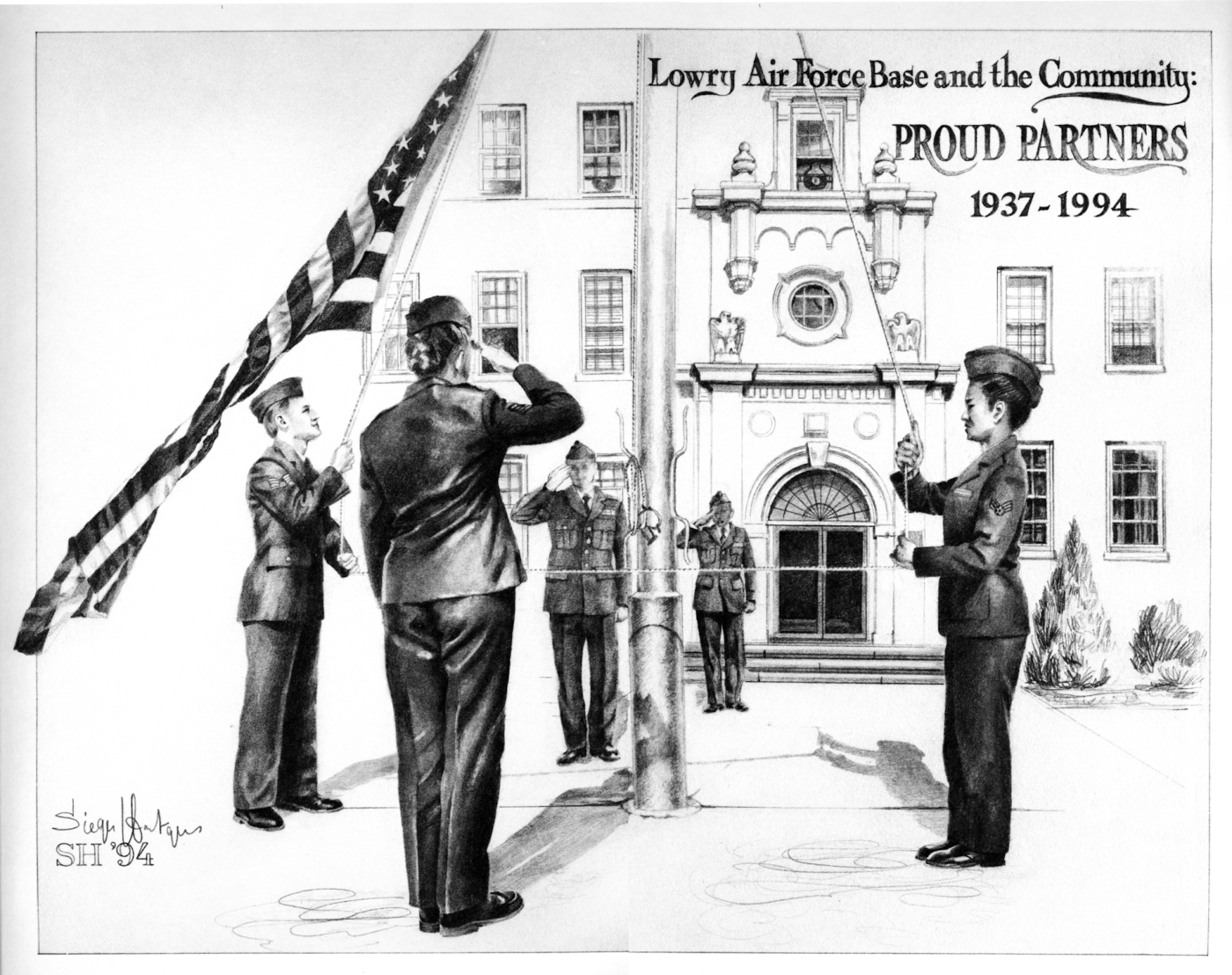 Politicians and influential business leaders from both Denver and Aurora, CO got together and evolved a plan to maximize the potential value of the now abandoned property. A vibrant mixed-use community evolved embracing the area’s unique military history. Over 20 original Lowry AFB buildings have been saved and repurposed. Other buildings, those of less robust construction, were demolished with new construction taking their place. The whole area has taken on a new look…such that if a veteran who served on Lowry in 1982 were to visit the area in 2020…they would no longer recognize the Lowry where they had spent a significant portion of their service career time!

These are buildings erected during the existence of Lowry Field/Lowry AFB from its beginnings in 1937 through its end-of-life in 1994. Lowry was a bustling “town” in and of itself within the eastern confines of Denver, forming a “boundary” between Denver and its eastern-neighbor, Aurora, CO. Aurora evolved from the small 1891 community known as Fletcher, a four square mile real estate investment, into a thriving bedroom community serving both military and civilian families associated with Lowry AFB. Aurora is today so much more than a bedroom community as it has attained the status of having become the 21st most populous Metropolitan Statistical Area in the United States. Click HERE to view the Lowry Foundation’s online version of these same photos.

New buildings emerged on Lowry as mission needs and original purposes were identified from its early beginnings in 1937, when many of Lowry Field’s occupants lived in tents, through 30 September, 1994 when Lowry AFB was officially closed. The dedicated maintenance and upkeep of those buildings by the USAF resulted in a continued existing infrastructure as is attested to by the presence of over 20 of Lowry’s buildings which have been “repurposed,” morphed into buildings playing completely different roles in the Lowry community of today.