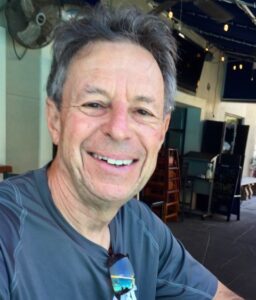 Barry was born and raised in east Denver, not far from where he now lives in Lowry which at that time was a functioning Air Force Base.   After finishing college in Boulder, he went on to complete his medical education at the University of Colorado in Denver.   To complete his medical training in Internal Medicine, he and his wife had the opportunity to live in Minneapolis, MN, and Providence, RI.  They returned to Denver in 1976, and he became the Director of Ambulatory Care at Denver Health.  It was a great opportunity, but they felt the need to move to a smaller community and landed in Billings, MT for about 10 years.  He undertook some additional education and was able to add board certification in Geriatric Medicine.  After that, it was time to change to a warmer climate, and they moved to Albuquerque, NM.  After 20 more years there practicing medicine and becoming the director of Primary Care, they decided to return to Denver in 2012.

They have now been married for over 50 years.  They have been fortunate to have two wonderful children and three terrific grandchildren living in Denver.  Since his retirement, he has taken up learning some new skills.  They include working as a volunteer bike mechanic, dabbling in encaustic painting, and serving on the board of The Lowry Foundation.  He still enjoys regular exercise, bicycling, and walking his dog daily.