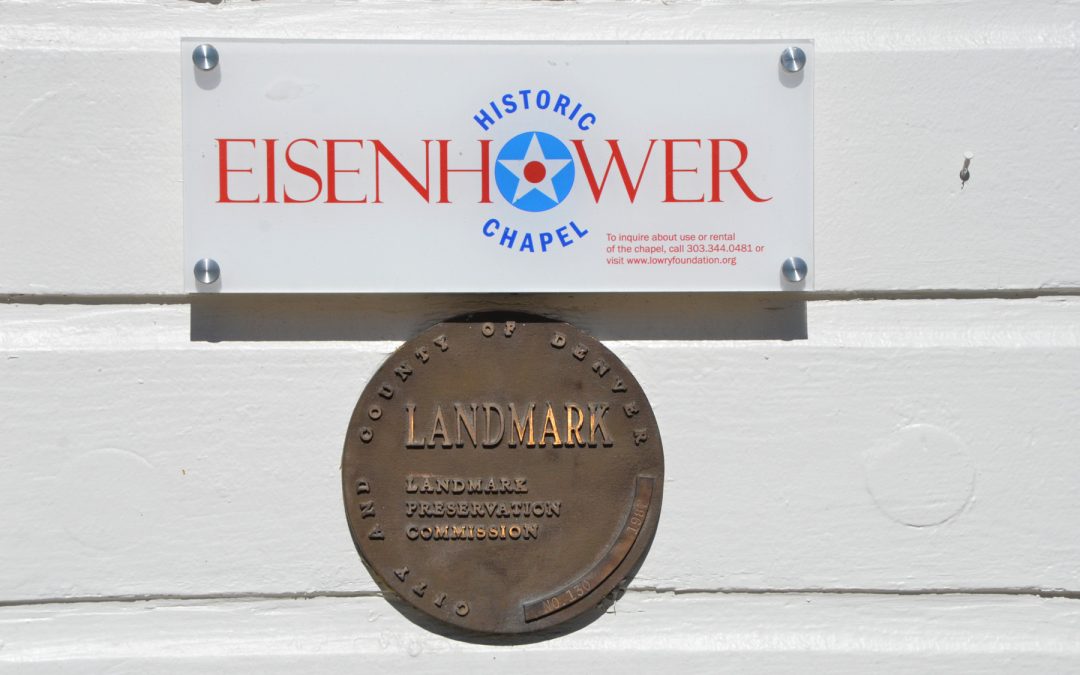 A hidden gem among Lowry’s new buildings and homes, the Eisenhower Memorial Chapel is one of Denver’s most historic landmarks. The chapel, which is listed on the National Register for Historic Places, is in need of restoration requiring more than $200,000 to preserve its exterior. A gathering place for veterans and community members alike, the non-denominational chapel is an integral part of the community, hosting everything from veteran memorials and weddings to community celebrations and concerts.

The first of four Lowry Air Force Base chapels, the chapel was originally built for enlistees to worship. While the other buildings have since been demolished, the community preserved this building because of its connection to President Dwight Eisenhower, who held meetings and worshipped in the chapel during the summers of his administration with his wife Mamie, a Denver native.

Stewards of the chapel since 1998, the Lowry Foundation has partnered with Historic Denver to secure a Colorado State Historical Fund grant to cover roughly half of the work needed to complete the project. The foundation is looking to Lowry residents and the larger Denver community to help raise the matching funds.

“Each year, thousands of people visit the chapel to remember loved ones who served or to celebrate important moments in their lives,” said Jim Lusche, Chair of the Lowry Foundation’s Board of Directors. “By preserving the historic Eisenhower Chapel, amongst the mix of old and new development in Lowry’s Town Center, we make the community a special place to live and work.”

Scheduled to begin in April 2019, the four-month project will not impede on the Chapel’s operations. During that time, the Chapel will remain open and available for private events, as well as the Lowry Speakers’ Series, neighborhood association meetings and foundation events.

This article was originally published on http://yourhub.denverpost.com.