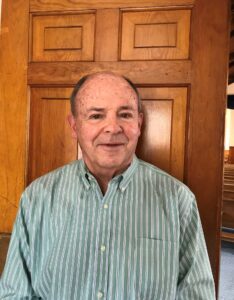 As a child, Evan Lasky grew up near Lowry and would ride his bike over to watch the planes land and take off.  He graduated from East High School in 1959 and attended college at Dartmouth and the University of Denver.  His degree is in Marketing and Finance.  After a stint in the Army, he moved to Tucson, where he owned and operated three upscale, high-fashion women’s shoe stores. In 1975, at the request of his family, he moved back to Denver to take over as President of the family business, Budget Tapes & Records. Budget franchised retail locations of record and tape stores with over 200 locations from Kansas City to Anchorage. As the retail record store model began to give way to the digital world in the late 80s, Evan moved on and joined Pak Mail Centers of America as Vice President of Operations and retired from there in 2009 as CEO. Pak Mail was a public company, and during Evan’s tenure, the company grew from 69 locations to over 600 locations in nine countries.

Evan has been an active volunteer with the Colorado Symphony since 1989. He served during two separate periods on its Board of Trustees, and in 2011, he was asked by the Board Chair to serve as COO and CFO through 2015.  At about that time, the Board Chair of The Lowry Foundation recruited him to join the Foundation Board.  He has served on the Board as both Treasurer and Board Chair.

Evan and his wife, Sandy, have lived in Lowry since 2010.