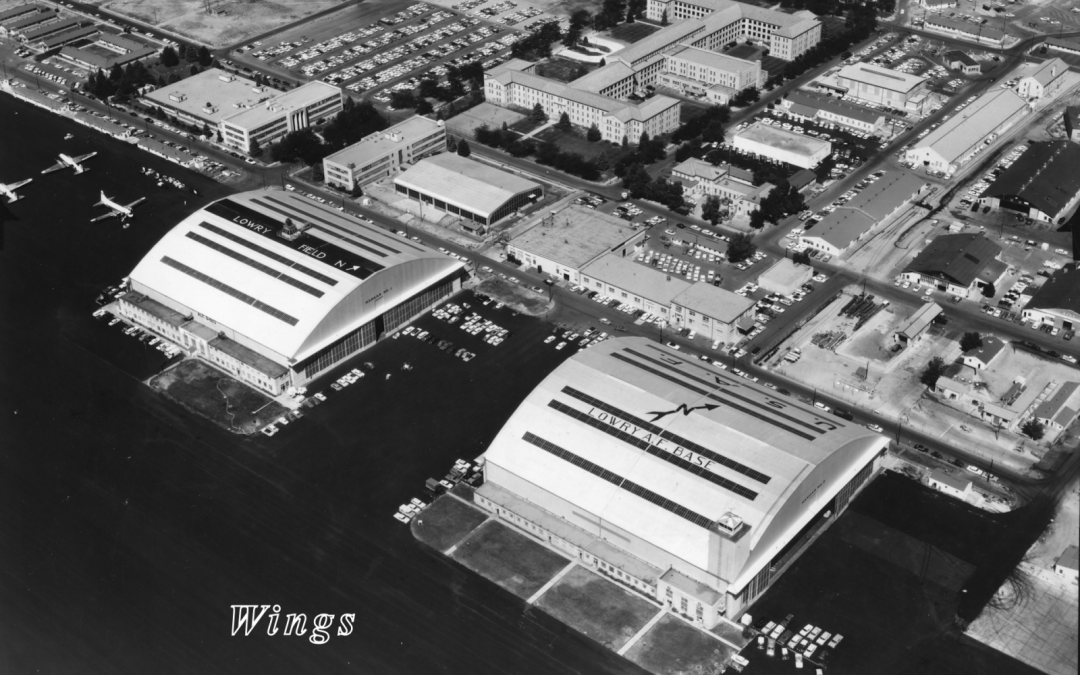 The base closure paved the way for a new neighborhood in Lowry, expanding Denver’s residential area by over 2,000 acres

The Lowry Foundation – along with the Wings Over the Rockies Air & Space Museum and the Lowry Community Master Association – will commemorate the 25th anniversary of the Lowry Air Force Base closure and celebrate the birth of the Lowry neighborhood with a weekend-long celebration in October. The silver anniversary celebration, which will take place from October 4 to 6, will give servicemen and women from across the country a chance to revisit their time at the base while allowing residents to celebrate all that their neighborhood has become.

After 57 years, the Lowry Air Force Base closed its doors in September 1994, as part of a 127-base closure during the Clinton administration.

“Lowry Air Force Base trained over a million military service members and was the home of the original Air Force Academy for over three years before moving to Colorado Springs,” says John Barry, Major General, USAF (Ret), president and CEO of Wings Over the Rockies Air and Space Museum. “Those soldiers went on to serve our country in World War II, the Korean War, the Vietnam War, and the Cold War.”

The base closure paved the way for a new neighborhood in Lowry, expanding Denver’s residential area by over 2,000 acres.

“The redevelopment of the base turned Lowry into one of Denver’s most beloved neighborhoods,” says Jeane Larkins, executive director of the Lowry Foundation, noting that the community kept the two hangars, the Eisenhower Chapel and many original base buildings. “Of the bases that closed in the mid-nineties, Lowry has served as a shining example of how to best re-purpose land and preserve history.”

The Silver Anniversary Celebration weekend will feature the following events:

A short program hosted by Rick Crandall, local radio personality and a longtime champion of veterans, will feature a full-color guard ceremony and recognition of Lowry Alumni and other veterans. Tickets for the evening event, which are $35 and $25 for veterans, includes admissions and food. All proceeds from the event benefit The Lowry Foundation.

Read the full article on coloradobiz